As an expert in financial engineering, Gabriel FAL has been active in the financial markets for many years.
After studying at the Ecole Supérieure de Commerce and Business Administration in Rouen (France) and following completion of an MBA program at McGill University (Canada), he joined Chase Manhattan Bank in New York. Following his exemplary performance, within two years he became the Deputy Representative for West Africa.

But it was at Citibank that Gabriel FAL accomplished his most significant highlights of his career as a banker between 1982 and 1994. He was responsible for Senegal's Large Public and Private Accounts, Credit Manager and then Deputy General Manager of Citibank Dakar. He then became the Vice President of Structured Finance at Citibank London and Regional Corporate Director for Africa.

As a member of the Technical Committee, Gabriel FAL contributed to the start-up of the activities of the BRVM. In April 1998, he founded the first accredited Investment and Brokerage firm (SGI) in Senegal, CGF Bourse. In 2001, they created a subsidiary called CGF Gestion, a registered asset management company.

In July 2015, he began to invest in private equity and created, with partners, "Filao Capital Partners", a fund whose objective is to raise 200 million euros to invest in sub-Saharan companies active in the financial sector, from banking to asset management to mobile banking.

From January 2013 to June 2015, Gabriel FAL was the Chairman of the Board of Directors of the Regional Stock Exchange (BRVM) and of the Central Depository - Settlement Bank (DC/BR), two central structures of the WAEMU. Gabriel FAL is the Chairman of the Board of ECOBANK Senegal and sits on several other Boards of Directors. He has participated in important forums including the Presidential Investment Council of Senegal. He was also a member of the Investment Committee of the Aureos Capital Venture Capital Fund. 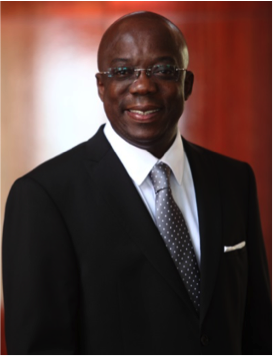